The making of Progress with Lawless Spanish: LatAm 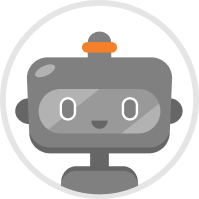 Shortly after Progress with Lawless Spanish went live in October 2017, requests started coming in from users who wanted to be able to "turn off" vosotros. This might seem like a simple request, but the reality is far more complicated, and it took time to figure out a plan of attack.

The need to create a different version of the site went far beyond vosotros - and Spanish, for that matter. All languages have many differences, from whole concepts to subtle nuances between regions and dialects, and the Progress with Lawless Spanish team had to create a new mechanism in order to be able to accommodate them. With that in place, we were able to focus on creating a Latin American Spanish variation of the site, the most important aspect of which was vosotros.

One of the most obvious differences in Spanish dialects has to do with subject pronouns. In Spain, there are four ways to say "you":

In Latin America, however, vosotros does not exist; instead, ustedes is used for all plural "you" needs, whether formal or informal. This means that everything related to vosotros - which goes far beyond verb conjugations* - is unnecessary for anyone who speaks only with Latin American Spanish speakers. It's understandable that these users would want to opt out of this entire segment of grammar.

The Progress with Lawless Spanish team was always aware of the need to create a Latin American version of the site, and in June 2020 discussions began in earnest between two teams, development and content.

On the content side, we had to decide how to take vosotros out of the equation, and three possibilities immediately came to mind:

The first option was of course absurd. Vosotros doesn't exist in a vacuum; in addition to verb conjugations for every tense and mood, it has accompanying possessives and object pronouns,* so using the equivalent of "find and replace" would have been a disaster. The second option was clearly not good either, as it would have meant the removal of a lot of questions from across the site, leaving the Latin American version considerably smaller. Clearly #3 was the best option - and also the most difficult.

The next question was, what do we replace those questions with? Answer: the same questions using ustedes (and the appropriate verb conjugation) instead.

We also needed an easy way to gather all the affected questions, rather than having to spend weeks combing through all of our lessons to find every instance. The subject pronoun vosotros and its feminine counterpart vosotras were at the top of the list of course, and it was easy enough to run a database search for those and collect them into a spreadsheet. But we also had to look for things like Pablo y tú, as that combined subject is equivalent to vosotros and therefore requires the vosotros conjugation.**

On the technical side, the key was figuring out how to allow two language variations, continental Spanish and Latin American Spanish, to co-exist. The vast majority of the content is the same, of course, but our developers had to invent ways to

The third point was the heart of the issue, from a technical point of view. The underlying algorithm (the A.I.) has to work the same way no matter which variation of the site users choose. If two users - one on each site variation - answer 10 questions, and both get 8 of them correct, they have to be scored the same, even though the questions are different.

Our development and content teams worked together to create a list of what to search for, and then to refine that list to get rid of false positives. For example, y tú was flagged in sentences like Quiero ir a la playa, ¿y tú? so we had to figure out how to screen out those sorts of uses, which have nothing to do with vosotros, while keeping ones like María y tú.

In early November 2020, our developers published the alpha version of the Latin American site on our test server along with the automatically collected list of lessons and questions that need a Latin American version. Our Spanish content team worked tirelessly to create these new versions, further refining the search parameters, and notifying developers about bugs. Then we invited beta testers to try out the new site and help us find even more bugs. The entire process took longer than we expected, but we are sure it will be worth the wait.

24 May 2021: The Progress with Lawless Spanish team is delighted to announce the launch of our Latin American site. See our Frequently Asked Questions for instructions on how to enable it in your account. ¡Hasta pronto!

* And then there are all the other related grammar concepts:

** And it gets even trickier! Spanish is a pro-drop language (meaning the pronoun is not required), so we have to look for vosotros verb conjugations that stand alone, as in Sois muy amables (You are very kind). Another tricky aspect is when the object pronoun os is attached to verbs, as in Quiero daros un regalo (I want to give you a gift).