Family Day Sale
Save 15% on all our monthly plans »

In Spanish we use verbal structures (also known as verbal periphrasis) which are formed by:

Sometimes these structures have a preposition, a conjunction or a group of words working as connectives after the auxiliary verb and they form part of the whole structure so they cannot be omitted or they won't make sense, or it will change the meaning.

Some examples of basic verbal periphrases are:

Some more advanced verbal periphrasis are:

Acababa de llegar cuando llamaste por teléfono.
I had just arrived when you called.
Había empezado a estudiar cuando me interrumpieron.
I had started to study when I was interrupted.

La pequeña está  a punto de llorar.
The little girl is about to cry.

Spanish verbal periphrasis works in a similar way to phrasal verbs in English (to get up, to cross over, to get down, to show up...). However, phrasal verbs do not need a second non-conjugated verb form (an infinitive, a present participle or a past participle) right after them.

It is important not to omit the preposition or group of words in between the two parts of the structure, as well as using the right non-conjugated form (infinitive, present participle or past participle) as this could change the meaning of some of the verbal periphrasis.

Terminó estudiando.
She ended up studying.

Llevo haciendo pasteles toda la mañana.
I have been baking cakes all morning.

To see how these verbal structures are classified, you can watch this video in Spanish: 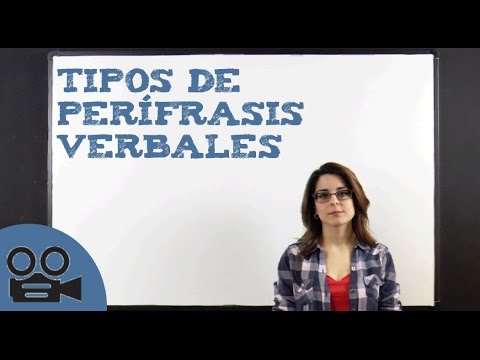 Getting that for you now...