black friday
cyber monday save 25% on all premium packages »

On 25 November 2020, the Argentinian footballer [US: soccer player] Diego Armando Maradona passed away. Born to a poor family in a villa (shanty town) on the outskirts of Buenos Aires, he received his first football when he was just three years old. His talent for the game led him to play in neighbourhood clubs, and he was eventually spotted by a scout. Maradona made his professional debut while still only 15 for Argentino Juniors before moving on to Boca Juniors. His transfer fee to FC Barcelona set a world record which was broken again when he transferred to SCC Napoli. His time at both clubs was as successful as it was tumultuous. He was adored by the fans in Naples for taking the club to their first Serie A victory and an incredibly successful period.

As well as his club career, which subsequently took him back to Spain and then back to Argentina, his presence on the Argentinian national squad marked the team's history forever. Diego represented his country for the first time aged 16 and quickly became an emblematic figure for Argentina. Notably, in the Mexico 1986 World Cup he scored both of Argentina's goals against England, the first a controversial goal that became known as "la mano de dios", the second a goal of such sheer brilliance that it was later voted "Goal of the Century". After retiring as a player he went on to become a football manager.

As talented as he was on the pitch, his life outside the stadium became imbued in scandal. Nevertheless, for the vast majority of football fans he was a player like no other, hailed as "d10s", "god" with the number 10, the number of his shirt. Upon news of his death, Argentina declared three days of mourning, Naples announced it would rename the San Paulo Stadium in his honour, and countless players around the world, both active and retired, paid their respects to him.

We'd like to offer this reading and listening exercise as a tribute to Maradona. Andrés Calamaro is a famous Argentinian singer-songwriter who was also Maradona's close friend.

This reading and listening exercise can help you practise using cualquier/cualquiera, el Presente de Subjuntivo and using the infinitive after prepositions. It is associated with the following studylists:

Watch and listen to the video, then read the transcript. Click any phrase for the translation and links to related grammar lessons which you can add to your Kwiziq notebook to practise later. 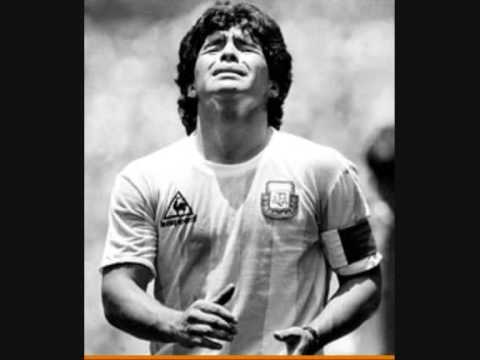