Isabel Allende is a Chilean writer and considered one of the most popular Spanish American authors. Probably her best known novel is La casa de los espíritus, (1982) which was turned into an English-language film in 1993 with a star-studded cast.

Allende is related to Salvador Allende, who was Chile's president until the military coup that saw General Pinochet take control. After helping people on the "wanted" list leave the country during that time, eventually she too was on the list and she exiled herself to Venezuela. Until this moment of political turmoil, Allende had mostly been a journalist and a sometime translator of romance novels. It was during her exile that she wrote her first novel La casa de los espíritus, and many of her novels contain themes of oppression, liberation and the struggle against the patriarchy.

The video interview below is from 2019. Later that same year she married Roger Cukras; this is alluded to in one of the questions.

Watch the video, listen to the audio for the questions that appear only onscreen, then read the transcript. Click any phrase for the translation and links to related grammar lessons which you can add to your Kwiziq notebook to practise later.

Audio for the on-screen only questions kindly provided by our resident Spanish Expert, Inma Sánchez. 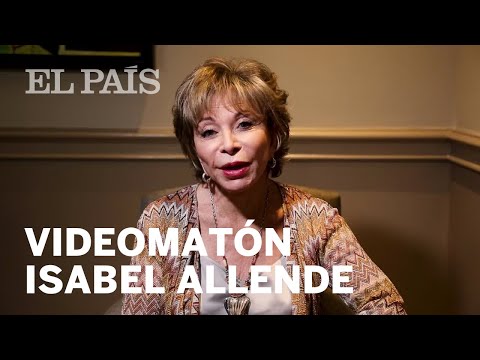