Summer & Winter sale Save 20% on our Quarterly Premium plans »

This reading and listening exercise is based on the lyrics of the Spanish song Mediterráneo written by singer-songwriter Joan Manuel Serrat. This is suitable for level A2 Spanish students, though it contains some B1 grammar points.

Joan Manuel Serrat is a well-regarded Spanish singer-songwriter. He released Mediterráneo in 1971 and it is considered one of the most important songs of 20th-century Spain. Born in 1943 in Barcelona, Serrat began his musical career early with songs mostly sung in Catalan. Serrat has never been shy of controversy, in particular regarding his use of the Catalan language; notably he refused to represent Spain in the 1968 Eurovision song contest unless he was allowed to sing in Catalan, which in Franco's Spain was never going to be allowed. The version of Mediterráneo in the video below is sung with Spanish actress and singer Ana Belén. They have collaborated many times over the years and if you are a regular follower of our bilingual readers you will remember her from the one we prepared based on La Casa de Bernarda Alba. 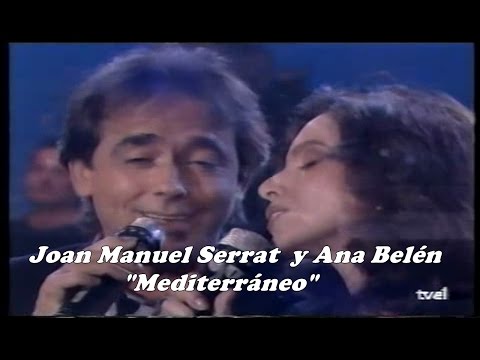 How did you find this exercise? Leave a comment below - we love getting your feedback!